Low-Power Wide-Area (LPWA) technologies are serving a need in multiple IoT markets for devices that are low cost and sustain long battery life, and networks that are low cost, cover wide areas and can support massive numbers of connections. There are several options for LPWA connectivity, but LoRaWAN and NB-IoT have shown the most momentum and will garner the largest share of the LPWA market in the coming years. This article will examine the two technologies for their similarities and differences and it will conclude with the potential use cases where both LoRaWAN and NB-IoT will operate together to provide the greatest value for customers.

Technical Comparison of LoRaWAN and NB-IoT

LoRaWAN is an open LPWAN system architecture developed and standardized by the LoRa Alliance, a non-profit association of more than 500 member companies. LoRa is the modulation technique used in the physical layer that enables long-range low-power communications by using Chirp Spread Spectrum (CSS) modulation, which spreads the narrowband signals across a wider channel allowing greater interference resilience and low signal-to-noise ratio levels. NB-IoT, on the other hand, operates in the licensed spectrum, and like LTE, uses Frequency Division Multiple Access (FDMA) in the uplink, Orthogonal FDMA (OFDMA) in the downlink, and Quadrature Phase Shift Keying (QPSK) modulation. While both technologies can compete on Quality of Service (QoS), IoT applications that require more frequent communications will be better served by NB-IoT, which has no duty cycle limitations operating on the licensed spectrum, but at the expense of higher Total Cost of Ownership (TCO) relative to LoRaWAN.

Both LoRaWAN and NB-IoT end devices have lower power consumption by shifting to sleep mode when not in operation. As a synchronous protocol, NB-IoT consumes significantly more energy than LoRaWAN, which is an asynchronous protocol, and when measured on the same data throughput, NB-IoT consumes higher peak current required for OFDM/FDMA modulation. Regardless, the characteristics of these two technologies are critical for many application segments that require deep indoor coverage and years of battery life.

Enterprise customers looking to deploy a hybrid network using both private and public network infrastructure are best served by LoRaWAN for multiple reasons. With private LoRaWAN networks, enterprises are not restricted due to business and cost constraints by data transmissions. Where available, campus network access can be augmented with a public LoRaWAN network. NB-IoT connectivity is currently offered in areas that already have cellular coverage, but relative to LoRaWAN, deployment costs are higher because private network deployments will require acquisition or leasing of RF spectrum from network operators. Another factor affecting relative cost and performance between LoRaWAN and NB- IoT is that LoRaWAN has demonstrated better indoor penetration capabilities. The Maximum Coupling Loss (MCL) for both uplink and downlink of LoRaWAN is 165 dB; the NB-IoT MCL value can be from 145 dB to 169 dB for uplink and 151 dB for downlink based on the device class. The lower link budget of NB- IoT also reduces battery life.

As of April 2019, worldwide there are more than 113 LoRaWAN networks in 55 countries at various stages of commercial deployment, according to the LoRa Alliance, compared to 90 NB-IoT networks. According to the LoRa Alliance, there are 118 LoRaWAN devices that are certified by the LoRa Alliance. This compares to a total of 43 commercial NB-IoT and CAT-M devices, as reported by the Global Mobile Suppliers Association. According to Semtech Corporation, as of April 2019, the cumulative number of LoRa end nodes reached 97 million. LoRaWAN solution growth is accelerating because the device ecosystem has been rapidly expanding to address a broader set of vertical markets.

Utilities. LoRaWAN has been predominantly strong with utilities connecting smart meters for gas and water utilities. China has been an early adopter of LoRa connectivity technology for smart metering projects, accounting for nearly 65% of chips shipped in 2018. Birdz, a subsidiary of Novo Veolia and Veolia Water, announced on December 19, 2018, that it had chosen Orange Business Services (OBS) to connect 3 million LoRaWAN smart water meters. Veolia’s contract is the largest smart water meter implementation using a public LPWA network. Energy utilities that are in more advanced stages of their smart meter deployments are now turning to modernize their Medium-Voltage (MV) and High-Voltage (HV) electrical infrastructure. ABB, a leader in electrification solutions, announced the availability of LoRaWAN surge arresters that measure excess voltage discharge current and leakage current. The LoRa Alliance and the DLMS association jointly announced in April 2019 their cooperation to deliver a new DLMS profile adapted for LoRaWAN networks, enabling many IoT applications to be used by utilities and allowing the use of DLMS/COSEM for connecting smart electricity meters with LoRaWAN.

Smart Buildings. IoT solutions using sensors to monitor multiple environmental conditions such as temperature, humidity, and light intensity, and detect motion, shock, and water leaks are increasingly used in commercial buildings. Smart buildings are also incorporating office space management solutions that use room sensors to provide real-time information on occupancy for access to desk space and conference rooms, and optimal usage of HVAC systems. Occupancy knowledge can also help building facility managers more efficiently manage soft services such as cleaning, waste management, and security. LoRaWAN technology has had the most success in enabling these use cases and benefits because of the availability of devices and ease of creating in-building networks with deep indoor penetration. Intelligent edge gateway vendors such as Cisco, MultiTech, Kerlink, TEKTELIC, and Laird all provide micro and femto gateways that support from 3,000 to 7,000 end-point connections respectively.

Logistics/Asset Tracking. Wirelessly tracking enterprise assets is one of the biggest opportunities in the industrial IoT market, and LPWA network technologies will play a major role by cumulatively tracking more than 9,500 million assets worldwide in the next 5 years. The biggest challenge that LoRaWAN can solve is visibility and traceability of assets across a larger portion of the supply chain that extends from indoor environments to yard environments and even across metropolitan areas and regions using a single technology. Currently, visibility to assets is only available either indoors using short-range wireless technologies such as RFID, Bluetooth, UWB, or Wi-Fi, or outdoors with cellular or satellite technology. On February 19, 2019, an aircraft manufacturer chose Objenious for its hybrid LoRaWAN infrastructure, allowing it to track assets not only within its factories but also between factory locations using the Objenious public LoRaWAN network. Another example is asset tracking systems that track vehicles transporting high-value assets. In Brazil, Maxtrack chose LoRaWAN, and by the end of 2018, has deployed more than 400,000 trackers for vehicle and cargo tracking.

Smart Agriculture. According to the Food and Agriculture Organization (FAO) of the United Nations, the agriculture industry will need to increase its production growth by 70% by 2050 to meet the demand of the forecasted population growth. IoT technologies will contribute to better use of resources to meet this forecasted food demand. However, falling commodity prices have made it difficult for a large block of producers, small- and medium-sized farm owners, to afford IoT technologies. LPWA network technologies enable the adoption of affordable IoT solutions in two ways: first, the availability of low-cost devices for monitoring soil moisture or livestock condition to improve crop yield or dairy yield; and second, the creation of affordable WAN networks to collect sensor data from LoRaWAN-certified devices in place of cellular networks that may not be available. As noted earlier, there are multiple vendors offering gateways to build private LoRaWAN networks.

Opportunities for LoRaWAN and NB-IoT to Co-Exist - Use cases

As the IoT market continues to evolve, LoRaWAN and NB-IoT will co-exist in the market by competing in some vertical markets and complementing in other verticals based on cost, coverage, and bandwidth requirements of various IoT use cases. Using unlicensed spectrum, LoRaWAN will remain differentiated among LPWA network technologies and will play a leading role in enterprise private networks where enterprises want complete control over their infrastructure and devices. However, there are three use cases that could create the need for hybrid applications using both LoRaWAN and NB-IoT.

The first use case is tracking mobile assets. As LoRaWAN and NB-IoT network footprints continue to grow globally, the networks can also be complementary, delivering the ubiquitous connectivity necessary to track assets across multiple locations and regions.

The second use case is in utilities smart metering and grid monitoring applications. In Europe, Wireless M-Bus, an ETSI standard for smart metering applications, has been predominantly used in smart gas and water metering. However, Wireless M-Bus faces a shrinking supply chain of solution vendors that support the standard. This puts LoRaWAN as a potential replacement for WAN connectivity to battery-operated smart meters. Additionally, for metering implementations that use a gateway architecture, as seen in the United Kingdom and Germany, LoRaWAN can connect meters and other end points.

Finally, industrial equipment OEMs implementing remote monitoring solutions can greatly benefit from a combo LoRaWAN/NB-IoT connectivity solution to increase both functionality and flexibility for diverse industrial monitoring and control applications. LoRaWAN technology, optimized for longer battery life, can be used as the primary connectivity solution when sensors are required to send monitoring data more frequently. NB-IoT technology, with its lower latency and guaranteed QoS but greater cost, can be used less frequently for specific remote-control applications.

The network rollouts for both LoRaWAN and NB-IoT are relatively recent but are witnessing rapid growth at a global scale. There will be a place for both LoRaWAN and NB-IoT for massive IoT applications based on the benefits of lower costs for devices, network infrastructure, and network access; deep in-building coverage; and low power consumption. In the near term, however, LoRaWAN has a clear advantage over NB-IoT, with a mature ecosystem of vendors, certified IoT devices, and end-to-end solutions that are ready for implementation today. 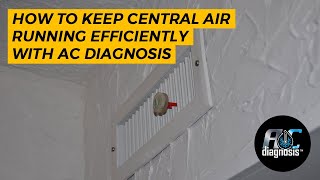